‘Though goshawks are native to Britain, by the 19th century they’d been rendered extinct by habitat loss and persecution. In the 1960s and 1970s falconers started a quiet, unofficial scheme to bring them back. For the cost of importing a goshawk from the continent for falconry, you could bring in a second bird and release it. Buy one, set one free. It wasn’t hard with a bird as self-reliant and predatory as a gos. You just found a forest and opened the box. Some were released on purpose, some were simply lost. They survived, found each other and bred, secretly and successfully. Today their descendants number about 450 pairs. Elusive, spectacular, utterly at home, the fact of these British goshawks makes me happy. Their existence gives the lie to the thought that the wild is always something untouched by human hearts and hands. The wild can be human work.’

(Helen MacDonald, H is for Hawk) 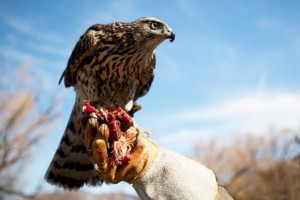 ‘I believe that pockets of wild land should be accessible to everyone; no one should have to travel far to seek refuge from the ordered world.’ (George Monbiot, Feral, 2014)

‘We are bored in the city, there is no longer any Temple of the Sun.’ (Ivan Chtcheglov, Formulary for a New Urbanism, 1953).

‘One evening, as night fell, my friends and I wandered into the Palais de Justice in Brussels. The building is a monstrosity, crushing the poor quarters beneath it and guarding, like a sentry, the fashionable Avenue Louise – out of which, some day, we will make a breathtakingly beautiful bombsite. As we wandered through the labyrinth of corridors, staircases, and suite after suite of rooms, we discussed what could be done to make the place habitable; for a time we occupied the enemies’ territory; through the peer of our imagination we transformed the thieves den into a fantastic funfair, into a sunny pleasure dome, where the most amazing adventures would, for the first time, be really lived.’ (Raoul Vaneigem, The Revolution of Everyday Life, 1967)

‘A rewilding, for me, had already begun by seeking out the pockets of land and water that might inspire and guide an attempt to revive the natural world, I had revived my own life. Long before my dreams of restoration had been realized, the untamed spirit I had sought to invoke had already returned. By equipping myself with knowledge of the past while imagining a rawer and richer future, I had banished my ecological boredom. The world had become alive with meaning, alive with possibility. The trees now bore the marks of elephants; their survival in the gorge prefigured the return of wolves.’ (George Monbiot, Feral, 2014) 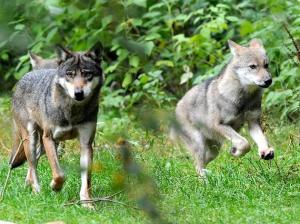