At the end of June the Netherlands Organization for Scientific Research (NWO) has made the decision to finance a new project on the history of drugs in the Netherlands:The Imperative of Regulation: Local and (trans-)national dynamics of drug regulatory regimes in the Netherlands since the Second World War. The grant was applied for by James Kennedy and Toine Pieters of Utrecht University.

In the future I will post in this blog more background on this project as well as updates on its progress. There will also be updates on my Twitter account. For now, here’s a summary of the project:

Dutch drug policies since the Second World War have oscillated between tolerance and repression of drug use. However, whether tolerant or restrictive, pragmatic or moralistic, from a historical perspective drug policies in the Netherlands have shown a structural undercurrent of increasing regulation, despite their internationally (in)famous reputation in leading in the decriminalization of drug use and in public health harm reduction policies. In other Western countries, too, increased institutionalised interventions in drug use have gone hand in hand with fluctuations in strategies and approaches. The development of, and swings within, the regulatory imperative have been inadequately explained, as researchers are focused too narrowly on a univocal – and unique – national drug policy-making process. Historical analysis, too, is limited in scope. Instead, this project broadens the research vistas and investigates drug regulation in the Netherlands as historically resulting from the interaction with several important areas: the development of drug economies, shifting public perceptions about drug use, and the dynamics of local drug politics. How and to what extent did these economic and socio-cultural settings, and differentiated forms of policy-making, influence and modify Dutch drug regulation? Within this project we will explain the development and intensification of drug regulatory regimes in the post-war period. Moreover and crucially, we will relate Dutch drug regulatory regimes to European and transnational developments. Finally, the results of this innovative approach and its implications for research and policy will be integrally disseminated and discussed, with both academic colleagues and public stakeholders in the Netherlands and in Europe. 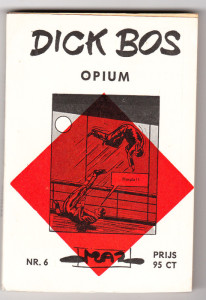