This is the title of my own research project in the NWO sponsored research program The Imperative of Regulation: Local and (trans-)national dynamics of drug regulatory regimes in the Netherlands since the Second World War. I will be starting on 1 October as a research fellow at the history and philosophy of science section at the Faculty of Science, Utrecht University (Freudenthal Institute, whose director Toine Pieters is also a director of the research program).

The idea is to cover the tremendous changes in the supply-side of the psychoactive drug market, from the looted stocks of the German Wehrmacht and the limited supplies of the pharmaceutical companies in 1945 to the shift to an Internet based market in illicit drugs 70 years later. In this period the Netherlands continued its century-old tradition as a major producer, transporter and consumer of psychoactive drugs. We are not only focusing on illegal drugs in this project, but also on the shifts and transitions between legal and illegal use, and between ‘street’ drugs and drugs on medical prescription.

Interestingly, on today’s digital silk roads both are sold without government control and even with a libertarian or anarcho-capitalist justification. According to an interesting essay by American political scientist Henry Farrell this attempt to create control-free drug markets (at least, without control by the state) has only led to other forms of regulation, including the ultimate enforcing mechanism of all control: violence. ‘The Silk Road might have started as a libertarian experiment, but it was doomed to end as a fiefdom run by pirate kings’, Farrell writes.

The whole idea of a control-free drug market is of course a historical fiction and unravelling the historical dynamics underlying patterns and mechanisms of evolving drug markets will be a major aim of my project. 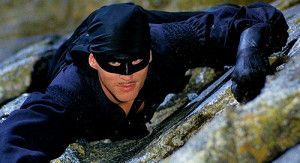